Dana Marlowe was engaged in our study examining evidence based practice in masters level Marriage and Family Therapy programs.

Last week The Washington Post reported that the Trump administration directed several divisions within the Department of Health and Human Services to avoid using a selection of words, including the expression “evidence-based.” Dana Marlowe, Ph.D., a clinical associate professor at the Graduate School of Social Service (GSS) whose teaching and research specializes in evidence-based practice, the move is an overt challenge to hard science. 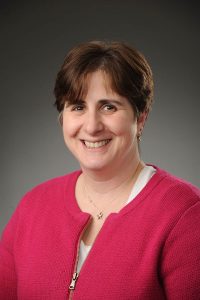 “The reality is that scientists and researchers are always going to look for what the evidence is and what the truth is and what works,” said Marlowe. “Regardless of the ban, they’re going to continue to look to find the truth, no matter what they call it.”

Marlowe said that the scientific community has an established protocol for researchers. In particular she said she takes issue with the phrase recommended to replace “evidence-based,” which reads: “CDC bases its recommendations on science in consideration with community standards and wishes.”

“We can’t say ‘community’s wishes’ without knowing what that means,” said Marlowe. “That phrase is actually an example of ignoring evidence-based research—What communities are we even talking about?”

“That’s not evidence-based science, that’s research based on a community’s values.”

Social workers are already trained to understand that different communities hold different values, she said, and that social workers must effectively communicate research that affects the well-being of their clients.

“In social work, we’re always taking people’s values into consideration and choosing our words carefully when delivering services,” she said. “But the idea that parsing our vocabulary should apply for research is incorrect; defining research needs to be exact and transparent.”

For Marlowe, employing evidence-based practices goes well beyond a theoretical concept, it’s based in part on her experiences in working with pediatric AIDS patients and the aftereffects of the Chernobyl nuclear disaster.

“Back then we didn’t have the methods that we have now,” she said. “We need to make sure that people in the field are prepared to use evidence based practices and know how to gather data so that the best practices can continue to evolve.”

As an example, Marlowe pointed to how evacuation data gathered from the tsunami in Japan could help in future large-scale disasters, providing the groundwork for evidence-based practices in evacuations and/or traumas.

Marlowe said that the Graduate School of Social Service (GSS) offers courses in evidence-based practices and encourages students to go online to research the model used by their particular program, agency, or nonprofit organizations. She called it a paradigm shift from years ago when social workers only relied on their supervisors to explain appropriate treatments. Today’s social workers are encouraged to respectfully suggest other treatments when the model they’re working in doesn’t apply to a particular client.

“Our students need to know the science behind what they’re doing,” said Marlowe. “GSS is on the cutting edge. We’re providing an education that gives social workers the tools that they can use to go online and figure out how their program is rated as an evidence-based practice and understand the research behind the model they’re working in.”

She is currently working with several other Fordham professors and graduate students to gather information and implement an evidence-based trauma treatment at a group home facility in Queens for young people just getting out of the juvenile justice system.

“Basically, every teen in these homes has experienced multiple layers of trauma, from gang violence to domestic abuse to being neglected to witnessing murder—it’s really complex trauma,” she said.

She noted that the group home is an example where an evidence-based practice proves invaluable. Marlowe and her Fordham colleagues are conducting surveys over the course of a year to figure out what treatments work best for the population.

“We look at different trauma treatments to decide what would be best for these kids,” she said. “The distinctions are that some practices may be geared toward a parent and child, others are geared toward veterans, neither of which would apply here.”

The researchers’ findings at the Queens’ group home will advance evidence-based practice and add specific treatments and trauma assessment tools, she said. Early in her career, when she was treating children dying of AIDS, she didn’t use evidence-based research.

“I wish I had known all of these trauma treatments that I know now,” she said. “With evidence-based practices becoming the norm we have more graduate programs that are including content on evidence based practices” she said. “That can only help in develop better professionals.

This new Springer journal offers participants from any profession or endeavor the opportunity to learn from each other.

For more information or to submit a manuscript: